Went to check out the tapas and poker in Barcelona this December.

Gran Casino Barcelona AKA Casino Barcelona is the only card room around so it was fairly easy to decide where to play. I had to wake up at 09.30 to get to hotel breakfast before it closed and I didn’t fancy scouting randomly around Barcelona looking for  the precise assortment of fruits and croissants that I had become accustomed to during my stay.

So the days getting on and there’s sure as hell nothing else to do in Barcelona so I get a taxi to the casino in jeans and a white t-shirt a little dubious about the ‘proper casual’ dresscode mentioned on the website. Proper casual… that’s how I would expect a young ragamuffin from East London  to describe to his mate what a nudey beach is like.

Well the driver said ‘fine luck’ to me (cheers?) and gestured ‘over there’ when we arrived at the beach pointing towards at least an entire 180° of my field of vision so I just kind of wandered off and rounded a corner- that’s when I saw it

I get in the main entrance and the lady there seemed to like the t-shirt and jeans so that was alright. She hands me a map of the casino (cheers?) and tells me the poker don’t start until 4pm (crap!). We’re not in Vegas anymore…

I return at 17:00 there’s surely got to be a game on now. The same lady nods me in to the security guard so I don’t have to give them my guest details again like- “Yeah that’s the div from earlier who wanted to play poker at noon LoL”.

I got my chips at the cash desk while I waited and did what I always forget to do when I’m playing poker in a foreign land- ask for bigger value chips. So I came away with at least €600 of my cash in dreaded €10 denomination chips in a rack (dreaded because I may have made my biggest ever mistake in poker playing $5/$10NL in Bellagio thinking my $10 chips were $5’s… it was horrible, still have nightmares about that) Now I got to carry round a massive rack of chips while I wait for a game.

So an hour and a half later I’m in this $2-$4 game where everyone was at least 200bb’s deep and I won’t pretend to remember any of the hands but it was weird because the dealer and players were speaking in Spanish and English. When bets were made the dealer announced in both languages and that made it really comfortable to play there. The game wasn’t particularly good and I only got to play there for about 90 minutes before I had to leave for dinner and I dropped €35 but I can say that the dealers and floor staff knew their stuff and the players were friendly.

I’m calling this one a draw, Spain 0 England 0

JoeyCraigProTip: The W Hotel Barcelona looks like a giant taco on the horizon 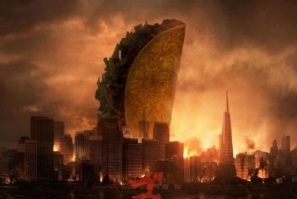